Last Wednesday it was an absolute delight to compere the Oxford International Women’s Festival Poetry Night in the fabulous surrounds of East Oxford Community Centre, home to Catweazle, having had the privilege of co-judging the prizes that were awarded on the night.

A huge thank you to Cristy Worley for the pictures from the night. A wonderfully warm and receptive audience heard not only 6 of the 7 shortlisted poets (the seventh, Karen Head, was only absent owing to being in the States, and event organiser Anna Hobson and I got to read her work), 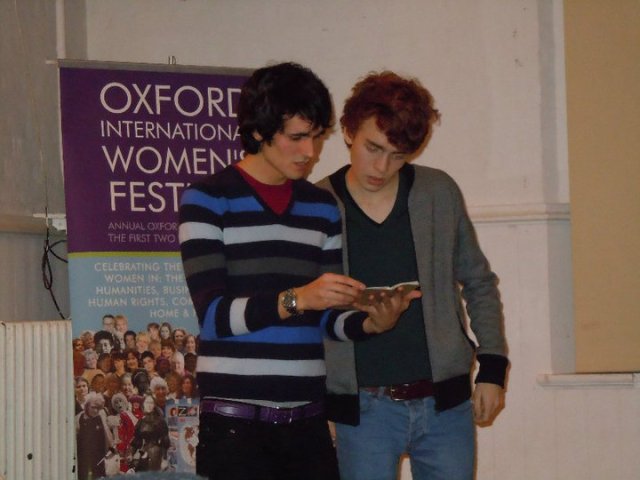 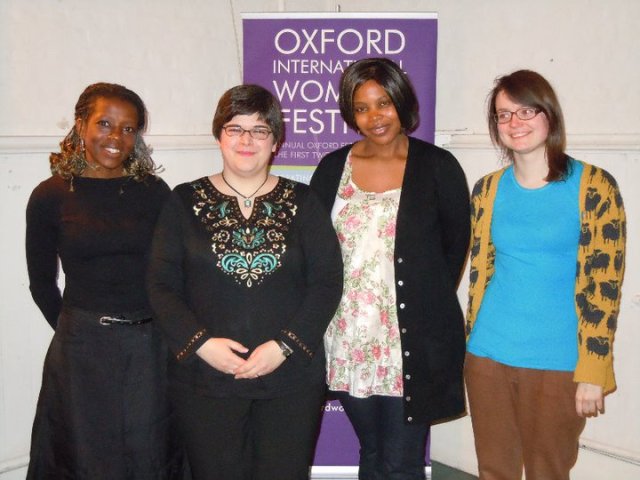 On top of which we were treated to some fabulous readings from our guest performers Charlotte Geater, Joan Barbara Simon, and Kimberly Menozzii, and music from the wonderful Christi Warner, as well as a reading from the work of judge Ellie Tranter.

It was a harsh, rainy evening, but shortlisted poets had come from as far as Cheltenham; Joan had come from France to celebrate her novel Mut@tus with us, whilst Kimberly had come from Italy to launch her novel, Ask Me If I’m Happy. And the crowd that had turned out in their plenty enjoyed a fantastic evening that raised funds for the Oxford International Women’s Festival.