Posted on February 9, 2012 by danholloway

Anyone who was at our Three Minute Theatre gig will almost certainly have Sian S Rathore’s remarkable performance still ringing in their ears. I can’t remember seeing a poet get a response like it. 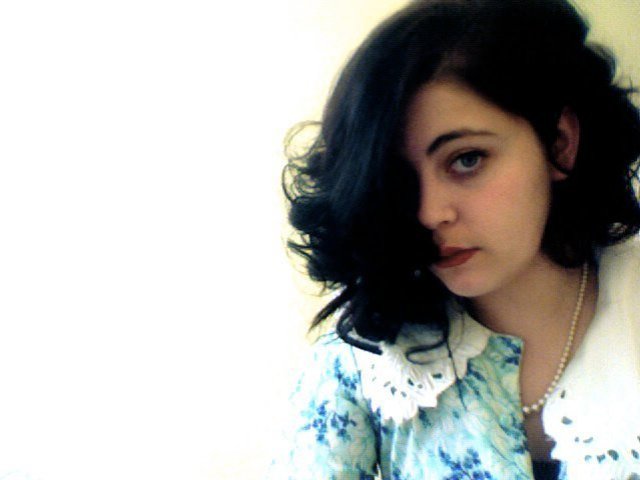 It’s an absolute pleasure to be able to showcase her poem I’M SO JACKED, but also to talk to her about the poem, her art, and the rather one-sided way mental health can be portrayed in the arts (I’M SO JACKED  is subtitled “an Ode to Mania”)

You can find Sian on twitter here, and tumbling here. She also writes for Huffington Post and is a short fiction editor at Metazen.

DH: You capture the ecstasy of hypomania perfectly. Do you think too much writing about mental health focuses wholly on the negative?

SR: I find writing about mental health has the potential to be facetious on both sides. Sometimes mental health writing can be very much poetry by the mentally ill, for the mentally ill, and whilst when you’re a writer and you’re struggling with some mental health problem it is very important and indeed cathartic to exorcise those demons through poetry, it can often become the absolute focus of what you write about, and as a person living with bipolar disorder myself, there are only so many poems about living with bipolar disorder that I can possibly hear, both from myself and the poetry community. I think I do believe that a lot of writing about mental health can focus too heavily on the negative. I want to stress that using language in this way is cathartic and indeed therapeutic, but it is true that you rarely hear poetry about the positive sides of mental health problems. That’s not to say it doesn’t exist – but in my instance, I was discussing hypomania and the absolute feeling of elation that hypomania brings about. Of course, I didn’t add a footnote to “I’m SO JACKED” that mentions the inevitable spiral into full-blown mania, the hallucinations, the extreme irritability, the delusions and the danger you put yourself in, nor did I write a stanza on the inevitable crash. Sometimes in periods of ill health you can feel as if you are walking with angels, and I wanted to discuss that in that particular poem.

DH: Many creative people are reluctant to adopt a medicalisation of their mental health because entering into the medical system means pharmaceuticals that dull (among other things) precisely those things you describe about hypomania. Where do you personally draw the line?

SR: I’ve been in and out of psychiatric services since I was young, and having tried pretty much everything in the pharmacy I have stopped believing that psychiatry is the problem. Drugs especially will always have effects on your brain and they aren’t always conducive for writing: for example about six months ago I finally (after years of gentle persuasion) agreed to take antipsychotics at a mood-stabilising dose. I don’t feel uncomfortable or exposed telling you this, a lot of people take tablets every day for various mental and physical problems, there is absolutely no shame. Admittedly, in the first few months of treatment you are completely dulled and I found this really severely hindered my writing, and even today my mind isn’t as “quick” as it used to be, but at least my life has slowed down and become less chaotic and I have more time to write, thus balance is restored. When it comes to hypomania the truth is that there is only so much of that you can enjoy before everything goes hideously wrong, and whilst I find myself idly complaining that “I REALLY MISS being up”, I don’t miss being so up I stop eating, and I don’t miss being so down I can’t get out of bed. Mania has it’s perks though. Ask me about the time I managed to score myself a job in Paris and an apartment just off the Champs Elysees. Or the time I enrolled at nursing school because I thought I’d be able to fastrack to being a psychiatrist and prescribe my own drugs.

DH: Your work spans various artforms. What would you describe yourself as, if anything?

SR:It has taken me a long time to work out my artistic voice. At first I think I thought I was Sylvia Plath, like most of us female poets do when we start out. Woe was me, what a brilliant tortured genius I thought I must have been. Over time I’d had the opportunity to be an observer as well as a performer / writer, and have thrown myself into the world of contemporary poets. I started out about a year ago and as that time’s gone on I am finally starting to feel like I fit somewhere. There is a great alt. lit. scene happening both over here and especially in America right now, and the magazine I edit at in Canada publishes a lot of what I would describe as alt. lit. This term encompasses a lot of mini-movements happening right now, two of which are flarf and conceptualism. Flarf is basically internet-generated content; some people make poems entirely out of inane YouTube comments, whereas a lot of alt.lit poets harness flarf to adopt a certain semantic field that exists outside of traditional poetry and exists instead on the internet. Conceptualism is rather dryer than that, and I think a lot of us alt.lit writers and finding ourselves in a niche between the two. Personally I used flarf techniques to begin writing – maybe I’ll see a status update on Facebook that amuses me and so that is the seed of my writing, I’ll write around that. I think it sort of echoes back to various old forms – imagism perhaps in the sense that alt.lit has no room for excessive, earnest emotions: emotions are expressed but briefly, and through the lexicon of the 21st century, beat perhaps in the found aspect of how this literature is made. Instead of saying that a lover is “handsome, dextrous, darling, heavenly” any of that, you might say your lover is “cute as heck”. I like that. I’m glad poetry is moving on from the dusty old era it used to belong to. I’m noticing a change in how poetry is both constructed and expressed – even subtle changes like the use of different typographies in publications, new uses of punctuation, etc. This stuff really gets my motor running. In this respect I’d say I’m alt.lit, and I’m happy to be part of the friendly, warm and welcoming alt.lit online community.

I’m SO JACKED (an Ode to Mania)

I’m so jacked I painted a picture and Van Gogh came back from the dead
Saw it
And FUCKING KILLED HIMSELF AGAIN. THAT’S how BEAUTIFUL it was and
I’M NOT EVEN A PAINTER.
I’m so jacked that when I wrote this poem Lord Byron came back from the dead
JUST to have SEX with me.
And when he did he said:
SWEET
FUCKING
JESUS
THAT WAS THE BEST LAY I EVER HAD
AND YOU GIVE BETTER HEAD THAN EVEN MY SISTER
And then he died again
THAT’S RIGHT
I FUCKED LORD BYRON TO DEATH.

That whenever I submit to magazines they
Publish TWO of my poems:
One you’re MEANT to read and one you’re
NOT EVEN MEANT TO LOOK AT
If you do, you LOSE THE GAME I just invented

HAHAHA YOU MORON
(ironically it is the better poem)

This entry was posted in we recommend and tagged Huffington Post, Metazen, performance poetry, poetry, poetry in Manchester, Sian Rathore. Bookmark the permalink.

7 Responses to SHE’S SO JACKED