Into the Desert Live

(see the virtual exhibition on this site from October 1st) 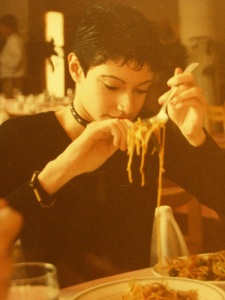 film by ashleigh nankivell featuring the work of penny goring 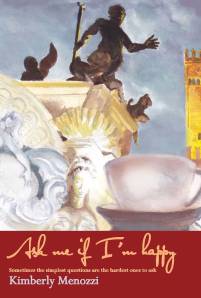 music and poetry by christi warner

and with very special thanks, for permission to reproduce their work, and for their stunning contributions, to all the exhibitors

The desert is a place of testing, of aloneness – with God, with the Devil, with the sound of the wind and the silence of the endless white noise inside our heads stretching out like a drowning pool leaking to the horizon. It is a place of cleansing and rebirth, of desiccation, preservation, mirage and fire. It is the outside, the strange, the empty embracing familiar, a place we run from, a place we run to, an endless drum that echoes the pulsebeat of our blood, calling. Calling. Calling. The desert is the central theme in the work of Cody James.

Cody’s life has been relentlessly stalked by death. Her work is as unrelentingly a celebration of life.

In May 2010, Cody James’ book The Dead Beat was under consideration by a mainstream publisher; Cody herself was getting ready to move back to the Texas Desert, a trip she knew would be her last; she had just taken the self-portrait that was to become the cover of my next book, (life:) razorblades included, in which she lay, half-naked and prone, seeming to have taken her life – until you looked at the defiant absence in her eyes; and I had begun preparations for the exhibition Into the Desert, which would be built around her multimedia travelogue.

A month later I received an e-mail. Cody had tried to kill herself. She had wiped her presence from the internet. And the rest was silence.

Six weeks further on, Cody and I met in a coffee shop in High Street Ken, the first time she’d left the house since that night. The wounds on her arms were still bound. The move to the comforting embrace of the Texas desert was off. Possibly forever. She agreed to let me publish The Dead Beat. We talked about Into the Desert, and whether she could make another film, and she smiled over her hot chocolate and said “let’s ****ing do it.”

Tonight we launch The Dead Beat. And Into the Desert. And celebrate life.

3 Responses to Into the Desert Live